Uber is the first growing transport firm with a commanding presence across the world. With a few years of operation, the firm has a customer loyalty. The company creates mobile software through which passengers connect with drivers of vehicles for hire. As such, users are able to reserve a driver via the Uber’s mobile app while tracing the location of their reserved vehicle as it drives to your location. Based in the United States and with operations worldwide, Uber has quickly established to be a leading transportation service that offers cheaper services than most transport services in the countries it operates which gives it a competitive edge.

In order to have a better understanding of Uber’s potential for growth in the transport industry requires the use of Porter’s Five Forces Analysis. These five forces will help you in mapping the different competitive forces that hinder Uber’s growth. The strategic application of Porter’s five forces helps Uber’s managers to have a better understanding of the rivalry among existing players in the transport industry, the bargaining power of its buyers, the negotiating powers of its suppliers, the threat of new entrants into the transport industry, and finally the threat of substitute products and services. 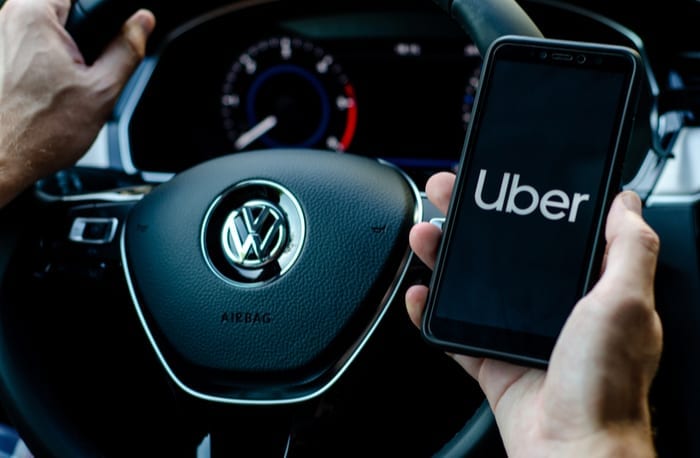 An established company like Uber attracts others that wish to have a share of their success. Uber has been making significant profits since its inception thus may face the risk of new entrants that may bluntly duplicate their services or come up with even better services. This inception alone can limit the achievable profits that Uber projects to make. Besides, it may lead to having a regular addition to the original value proposal but with a limited ability to increase the prices.

Certainly, new entrants will come with new capacity (supply) to the transport industry resulting in the reduction of prices. However, the pace at which the new entrants will compete with Uber is dependent on entry barriers. These refer to economic costs that new entrants pay. These include things like high start-up costs and learning curves among other barriers. However, these things may not be seen as barriers to entry, especially from a theoretical point of view but practically they play a significant role.  It can be easily assumed that new entrants may find it more difficult to raise startup capital when there are already strong players in the market. When Uber was establishing, the market required higher startup capital, unlike today where its rivals require a lesser startup capital to start their operations. This makes them penetrate the market with ease thereby making the threat of new entrants very high. Other entry barriers that are increasing the threat of new entrants include:

In order to tame the threat posed by new entrants, Uber is now moving into many other harmonizing areas such as meal delivery and freight which may lead to a better asset usage which other market players may not wish to venture. Therefore, this new venture will ensure Uber still remains with the biggest market share even as new entrants join in.

A substitution product or service is a well-known fear that is experienced in any competitive business setting. In the transport industry, for instance, there are several firms that can provide an instant alternative for Uber services. Taxi services provide competitive quality services to Uber’s services while another potential substitute comes from the common transport industry. More often than not, taxi service is common to most towns and cities with a high ride-sharing operation since it offers lower costs, efficiency and it is user-friendly. Therefore, their significant numbers in various towns and cities of operation are enough to limit Uber from increasing their service fees.

It is important to note that even the slightest increase in prices by Uber it will result in customers taking up the services of its closest competitor and alternative. Besides, the availability of other transport services like private cars, trains or even self-driving cars that provide same services can possibly threaten Uber’s operation and existence in the long run. A regular threat of substitutes is presently the weak force in the case of Uber.

When the suppliers are powerful, they may make more profits compared to the company that integrates the inputs from many suppliers to sell to the end consumers. The threat of suppliers to Uber is experienced in the following ways.

When the threat of buyers is powerful, the company will make significantly low profits whereas when the powers of buyers are low, the company makes profits by increasing the prices by adding features, services, quality among other things. The threat of the buyers may be influenced by the following:

Uber’s customers are very sensitive to price variations because there exists many other alternatives and rivals. This makes customers have higher-bargaining powers. As the market expands, the numbers of opponents bringing customers more alternatives becoming bigger hence are making the switching cost for clients to be quite low. The fact that Uber’s app software is absolutely free and only requires nothing beyond registration, customers can freely choose among Uber, Lyft, Curb or any other emerging ride-sharing firms cost-free.

Moreover, the ownership of private cars has greatly increased in the last few years and even though the parking issues have been more severe across cities than ever before, this has not stopped individuals from desiring the status that comes with owning a car. These alternative means has seen the demand for Uber services at the lowest.

In consideration of these factors, the buyers’ negotiating power has significantly limited the amount of income for Uber, thus considering it as an active force.

Certainly, not all industries are equal in terms of competition. There are those that are more competitive than others. According to Porter, the competition of existing companies is occasioned by the following aspects. The factors of the highly competitive business environment include:

The threat of rivalry in the transport service is said to the strength of completion in this industry. The inclination of concentration of the industry tends to appear higher compared to previous years. Currently, the existing transport companies in the market compete on both suppliers- car drivers as well as customers.

Since Uber operates in many countries across the world, its competitors vary in different counties. However, it is evident that in most of the markets Uber faces stiff competition. In the United States, for instance, Uber faces stiff competition from services like Lyft which operates on a business model similar to Uber’s model thus the stiff competition. In fact, Lyft has almost indistinguishable business ideas and procedures to that of Uber. They not only do they contend for market share but also the suppliers. Today, a business setting emphasizes that firms target a customer base in a particular geographical location in order to cut operation costs. This is a scenario for Uber and Lyft.  Besides, it also gets competition from Didi Chuxing, Curb, Ola, Grab and many more.

In Asia and Middle East markets Uber faces a direct and very stiff competition with Careem which operates not only on the same business model but also is very popular in these regions. They compete in various aspects such as prices, customer service, comfort, reliability, and convenience. However, Uber has a deep-rooted business system besides its huge capital investment even though small differences in strategies limit its potential. Given Uber’s supremacy in the transport service system, competition is a weakening force. However, Uber needs to improve on innovative strategies in order to gain a competitive edge. The transport sector more, especially the US has several alternatives and competing entities. In order to survive, Uber has to lower its cost of operation so as to avoid raising customer charges.

Generally, Uber’s competitive advantage is occasioned by the fact that it has access to more resources that are often unavailable to its competitors.  So far Uber has received more than $300 million in funding so far which is almost three times what its competitors receive in funding.  The unlimited access to funds enables Uber to spend more money on hiring more drivers and extending into new markets. With unlimited access to capital, its competitors will have an extremely difficult time making profits in the market. As such, Uber’s superior access to capital is the driving force behind its sustainable advantage.

It is not obvious what Uber’s future is. With Google cars posing a fierce threat to its success, Uber  ought to address the flaws found in its SWOT as well as turn its weaknesses into strength. Uber team has to work and exploit the opportunities and avoid the shortcomings. Overall, Uber faces high threats from potential entrants, high buyer power, high supplier power, the moderate threat of substitutes, as well as serious competition from existing rivals. We can derive from the Five Forces that Uber is competing in a very competitive business market where prices and profit margins will be maintained relatively low. But since the transport service industry is fairly immature, there is a big potential for growth.

Presently, the industry outlook from a macro-level perspective is not entirely attractive. This doesn’t mean that the industry is hopeless, should it mature and Uber happens to be the only one operational, then it stands to make big profits from the big volume of potential customers that are yet to be tapped. Moreover, Uber has access to resources that can ensure it secures all the potential customers. On a closer look at the industry, Uber stands at a better position of becoming the industry leader should it survive through the current competitive business environment.