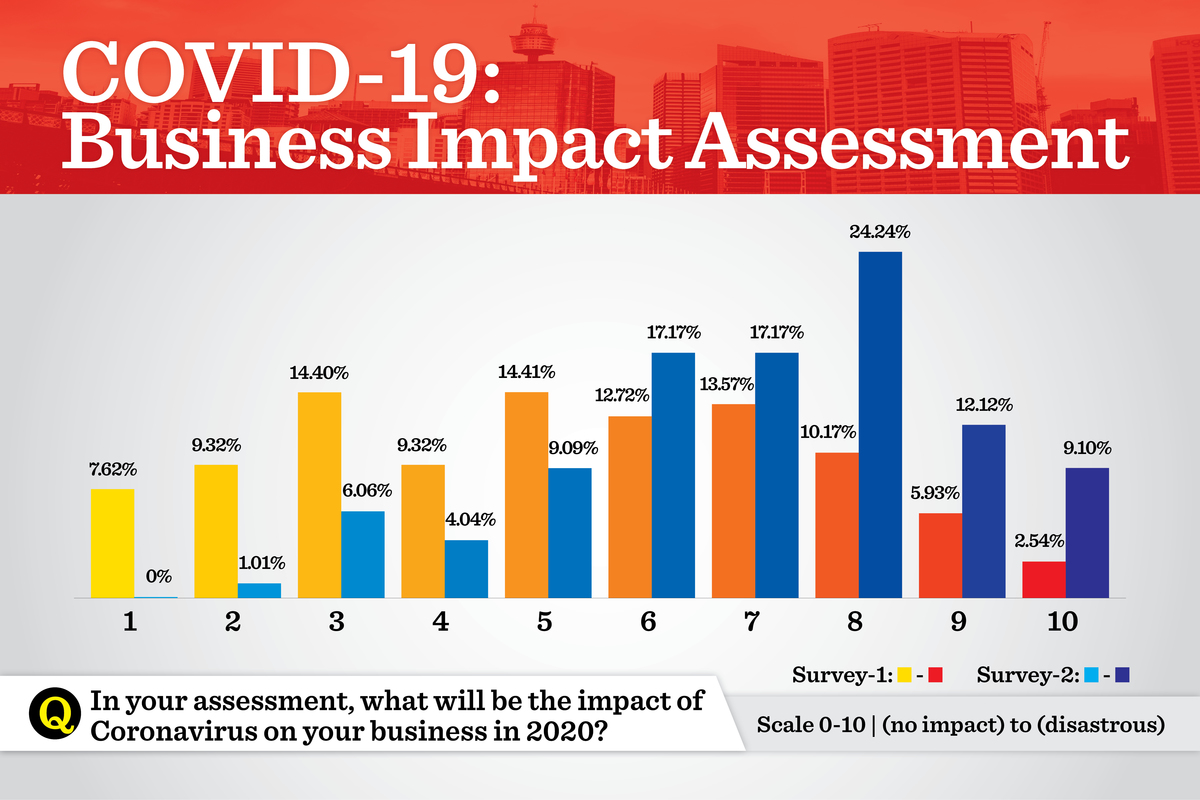 The novel coronavirus (COVID-19) has been the topic of debate since it was first detected in late 2019 in Wuhan, China. Originally, the virus was only a primary concern in the medical field since there was little known about the virus, how it spread, its incubation period, and even the severity of the virus. As China was grabbling to contain the virus, the world watched closely, and it appeared like it was under control.

However, in three months, the virus quickly spread throughout the world sending the entire world into a panic.  Since then, the virus has not only badly affected the world health-wise but also economically. For this reason, we discuss the effect of the coronavirus on the economy or business so far. The coronavirus has affected business in the following ways:

Perhaps the clearest and immediate effect that COVID-19 has caused to businesses is disrupting the major supply chains. Having started in China, the country was hit hard as the majority of the citizens contracted the virus and the country was forced to lockdown. And China being one of the leading countries with the majority of manufacturing industries and factories, the lockdown forced many of these industries to shut-down or slow their production. With the industries and factories quiet across the world, the supply chain has been disrupted right from the manufacturers to the markets in virtually all sectors across.

With the limited supply of goods and products, businesses are going to fail for a lack of customers and cash to sustain them for an extended period until the virus is subdued. Small and medium-sized businesses, especially those on the low-margin industries are among the most extremely hit by the economic fallout.

When the economy is disrupted just like the coronavirus has succeeded to disrupt, the disruptions often affect the demand side the most. Governments across the world have imposed curfews and lockdowns to flatten the curve. With the secession of movement, people can no longer go to work.

Since the lockdowns have been prolonged, most people have lost jobs and incomes as corporations and businesses shut their operations. Equally, businesses are holding off on investments amid the growing uncertainty while the exports will certainly pause as countries are taking the same measures to slow the spread of the novel virus.

The travel industry is perhaps the first and the most affected. Almost all the airlines suspended their flights and customers canceled their trips and holidays once governments across the world introduced travel restrictions and suspended all commercial air travel within their territories to curb importation or contain the virus.

Across the EU, the governments banned air traveling from outside the bloc in an unprecedented move to seal its borders as the coronavirus cases skyrocketed in March. In the US, the government also banned travelers from European airports.

Other countries also took the same measures of banning travelers from high-risk areas. Data from flight-tracking service Flight Radar 24 is a confirmation that the number of flights across the world had been adversely hit.

The demand for oil has sharply diminished as the lockdowns across the world have restricted people into their homes. As such, the vehicles that primarily run on oil are in the parking lots reducing the demand for oil.

Earlier, crude oil prices were already diminishing owing to the row between a group of oil producers OPEC and Russia. The coming of the coronavirus has made the prices dwindle even further.

Brent Crude, which is a benchmark used in Europe and the rest of the world, says the prices have nose-dived below $20. This is the lowest level ever experienced in 18 years. On the other side in the U.S, the price of a barrel of West Texas Intermediate (WTI) went down to a negative -$37.63 to make history as the lowest price ever reached.

Even though oil-producing countries have halted production, there is more crude oil in reserve than the world can use.

The global stock markets have experienced great shifts due to the effects of the coronavirus pandemic. For instance, the FTSE, Dow Jones Industrial Average, and the Nikkei have all experienced a significant fall since the outbreak began. The Dow and FTSE experienced the biggest quarterly drops in the first 3 months of the year since 1987.

Moreover, investors and businesses fear that the continued spread of coronavirus will ultimately decimate economic growth to an extent that even the government actions may not be enough to prevent the decline.

In response to the effects of coronavirus to the economy, central banks in most countries have reduced interest rates. Theoretically, this will make borrowing affordable while encouraging spending to boost the economy. Government packages to stimulate the economy have helped to stabilize the economy. However, analysts warn that this could only be temporary until the pandemic is under control.

The situation is not any different across the world as countries have locked down due to coronavirus. The massive loss of jobs has been attributed to the shutting down of industries, the closing of restaurants, pubs, hotels, and other non-essential shops that offer massive job opportunities. As the pandemic continues to ravage the world, unemployment is bound to skyrocket to unprecedented levels.

When the economy is growing, it simply means that there are more wealth and more new jobs. Growth of the economy is measured by looking at the change in the gross domestic product in the percentage of the value of goods and services produced, usually over three months or a year.

The International Monetary Fund (IMF) projects that the global economy with shrink by 3% in 2020 courtesy of the coronavirus pandemic. Notably, advanced world economies are expected to go in recession this year. The IMF describes the decline occasioned by the coronavirus as akin to the Great Depression of the 1930s.

Nonetheless, once the virus has faded away, the global economy is expected to jump back to about 5.8% next year.

The coronavirus pandemic is yet to be contained in most parts of the world and therefore the economic effects are yet to be felt to the full extent. As the pandemic’s epicenter continues shifting – first from Asia to Europe, and then to the Americas and the rest of the continents – and as some countries have begun to gradually reopen some of the economic activities.

However, it is indisputable that the workers’ health and safety guidelines are instrumental in preventing a second wave of coronavirus contagion. For instance, during the early stages of the coronavirus pandemic, governments’ responses diverged in terms of stringency, clarity, and coordination capacity, thereby catching most governments’ responses off-guard. As such, before the reopening of the economy, governments have to put up measures to curb the second wave of the coronavirus pandemic.